What Secular Institutes are

On February 2, 1947, Pope Pius XII founded Secular Institutes within the Church, upon the promulgation of the Constituton Provvida Mater Ecclesia. Members of these Institutes were to live a special consecration to God in the world. They were live according to the profession of the evangelical counsels among the temporal or secular realities of life. They were to be as “yeast of wisdom” and witnesses to the Lord’s Grace amid all the political, economic and cultural spheres of life.

In a synthesis of secularity and consecration and strengthened by the force of the beatitudes, Secular Institutes want to enrich society by injectin a new energy of the Kingdom into it, thereby striving to transform the world from within.

Members of Secular Institutes lead their lives through the ordinary situations of life, alone or within their own family, without exterior signs of belonging to a religious group. They are, according to the world, lay people like other lay people doing Gods work.. Having a particular mission in this world , they are discrete about their membership so that they can better work as lay people in the eyes of the world around them. 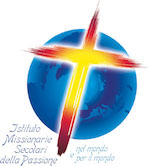